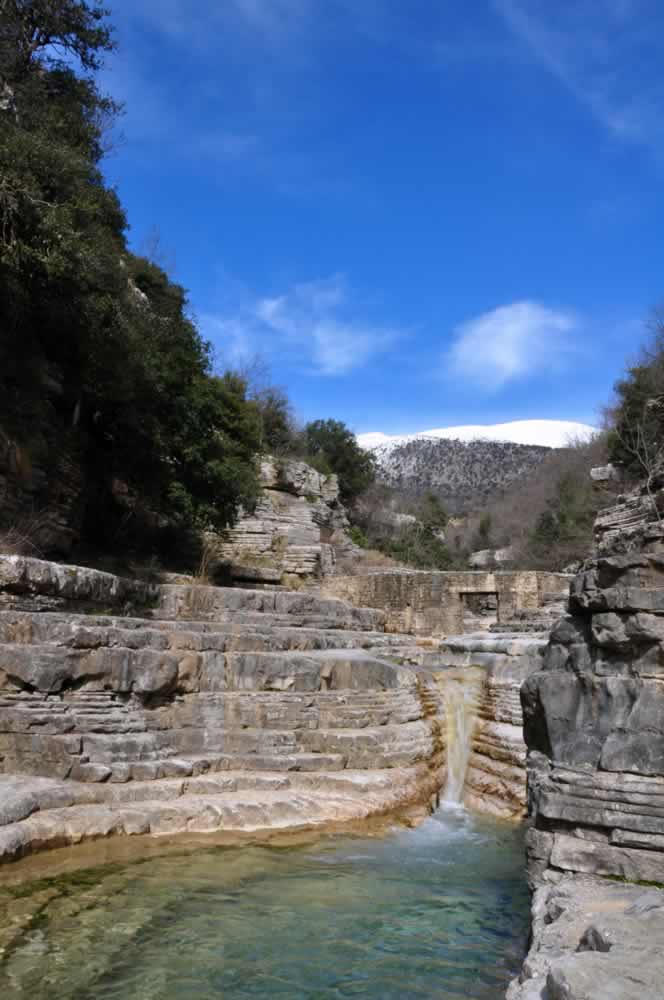 Among the Pindus mountain chain, the 46 old villages of Zagoria (which means behind the mountain) are scattered like eagle- nests. As all the little houses were made of stone, as well as the roofs, they are so well blended with the natural environment, that they seem like part of nature’s plan. The local cuisine is famous for its pies and the many fresh, local products such as meat, trout, honey, vegetables, cheese and yoghurt, served in a wide variety of tavernas. 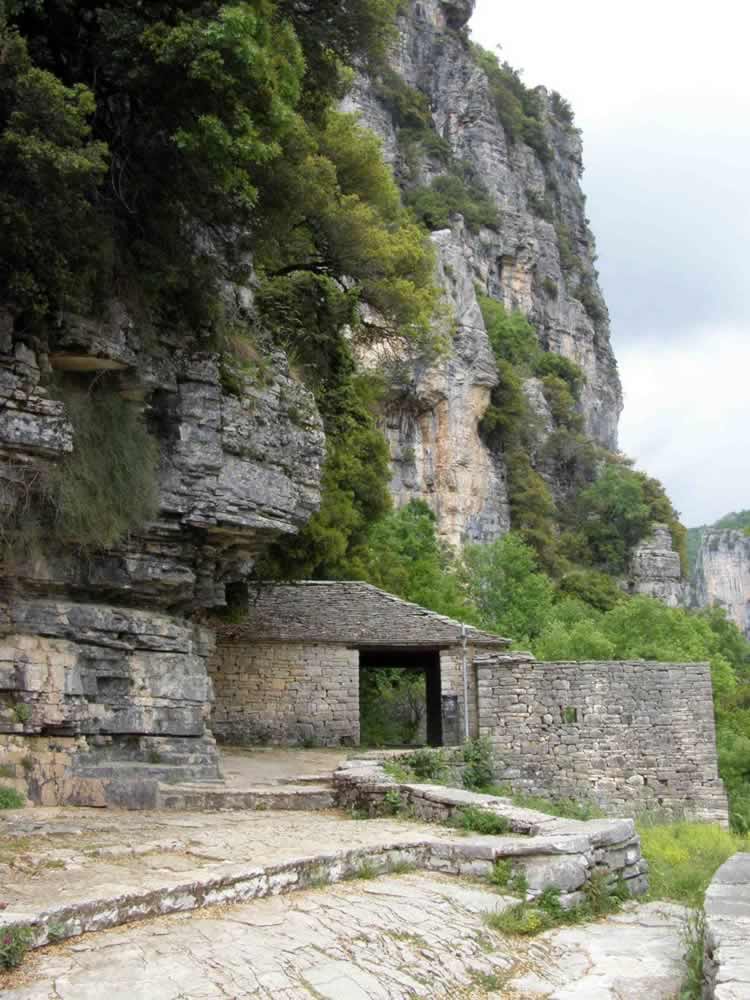 The relatively difficult access to these villages, together with the creation of the national reserve park, have insured the preservation of the rich wild life of plants,herbs and animals, as the area is one of the few areas in Europe where one can easily come across a wild bear! Tradition is preserved, as they were not easily accessible during the period of the Turkish occupation, and culturally they flourished, producing beautiful stone bridges, convents and churches with interesting frescoes and icons. Τhe sharp mountainous area is so intense and impressive that the visitor feels humble compared to the greatness of nature, as he contemplates the sharp rocks, the cleanest, coldest and bluest river of Europe, or one of the deepest gorges of the world.

The notorious Provatina Cave is considered the third deepest vertical cave in the world, very interesting for cave studies, as it is 451m deep. The famous “dragonlake”, or Drakolimni, is a much photographed alpine lake, 2050 meters high, which is accessible, fortunately, only to those who really want to sacrifice 9 hours of their day walking up there and then back down to the village. There are many small gorges for canyoning and of course the deepest gorge in the world, in relation to its width, according to Guinness Book of records of 1989, is there for you to spend a trekking day, along with many other beautiful hiking paths making the area ideal for walking holidays. 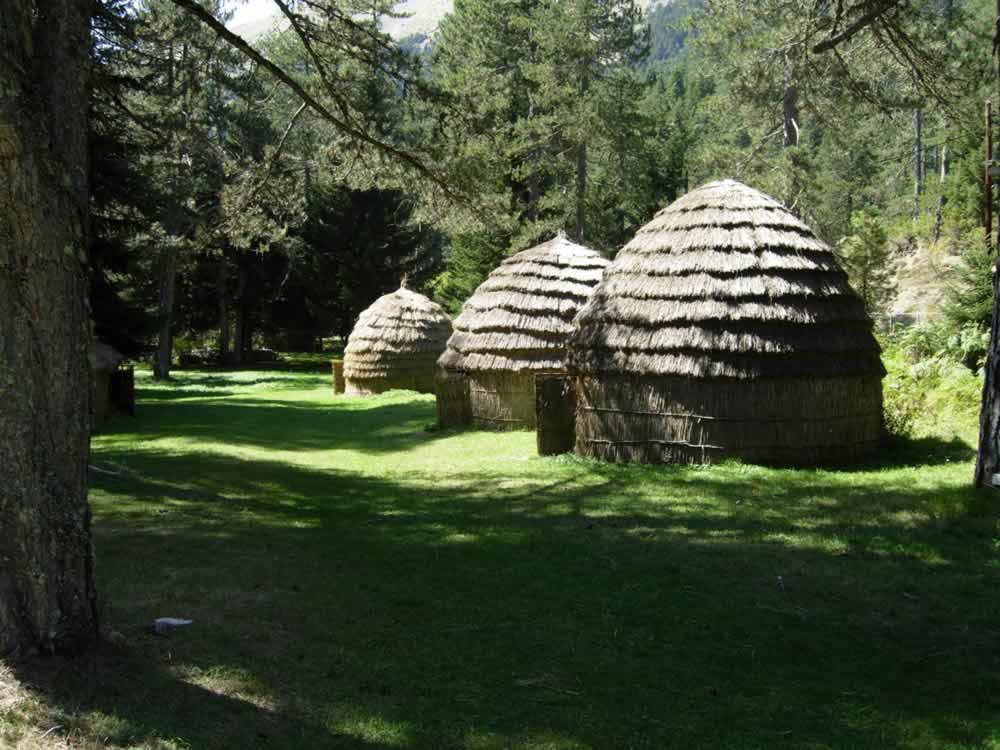 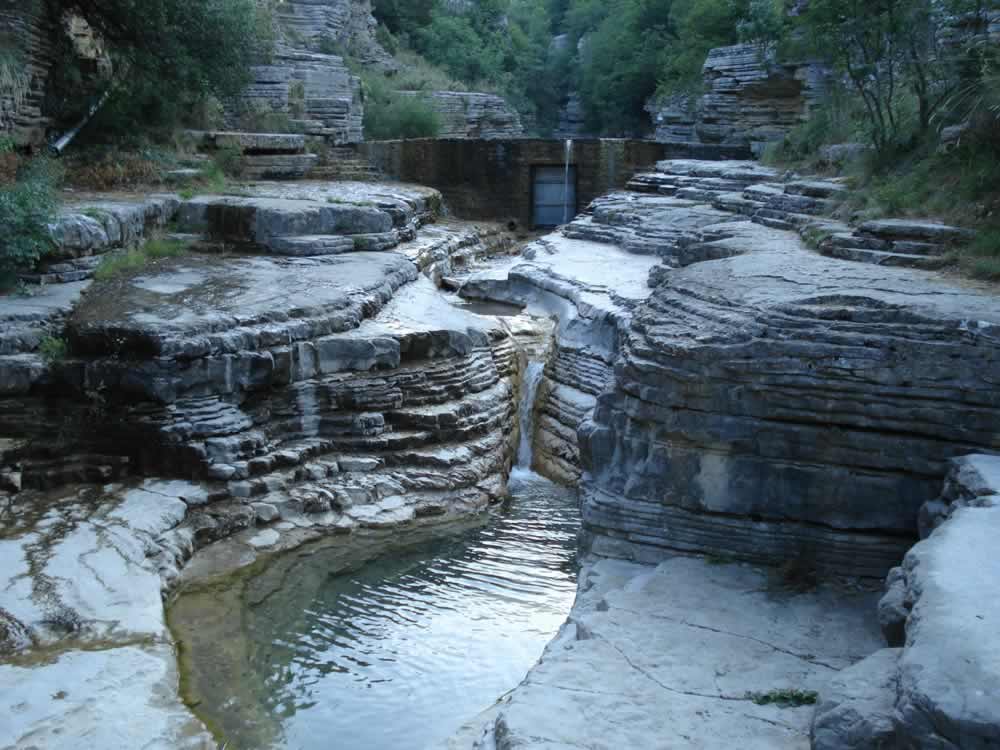 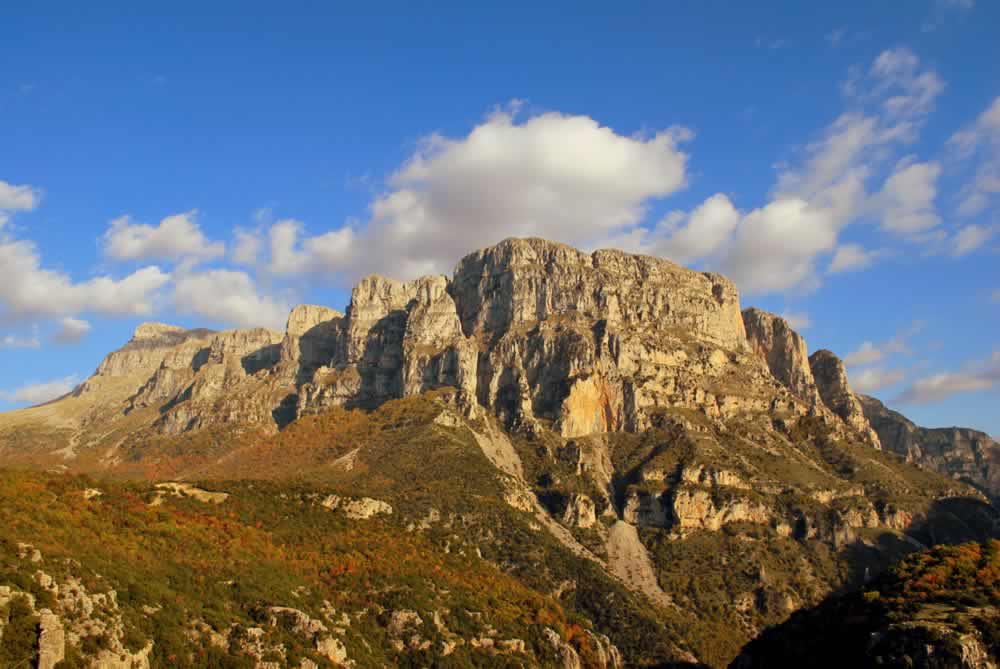 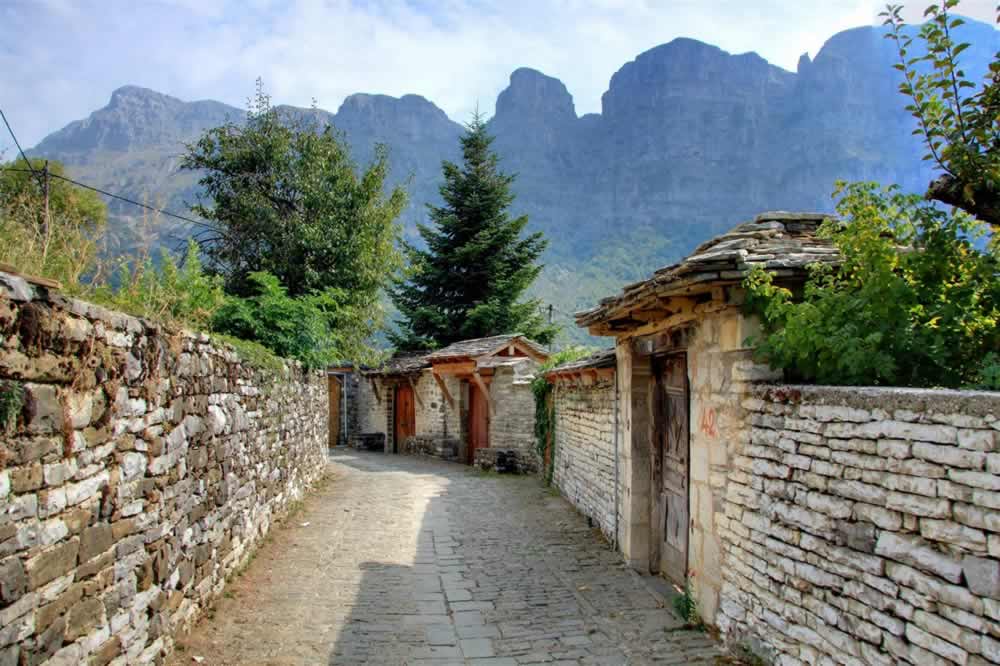 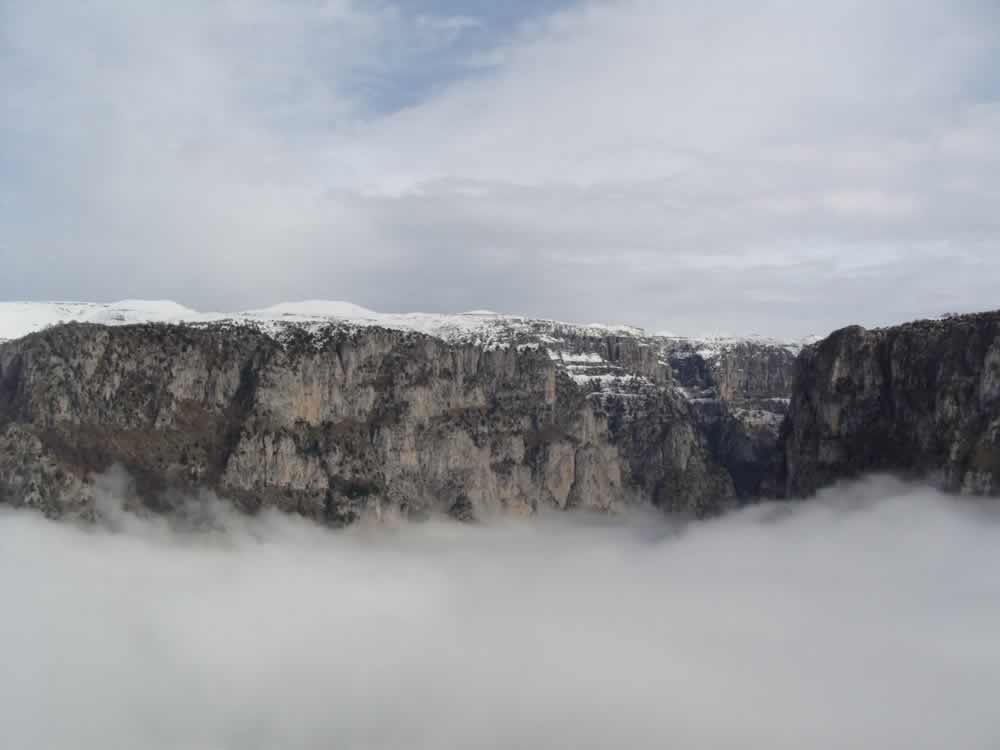 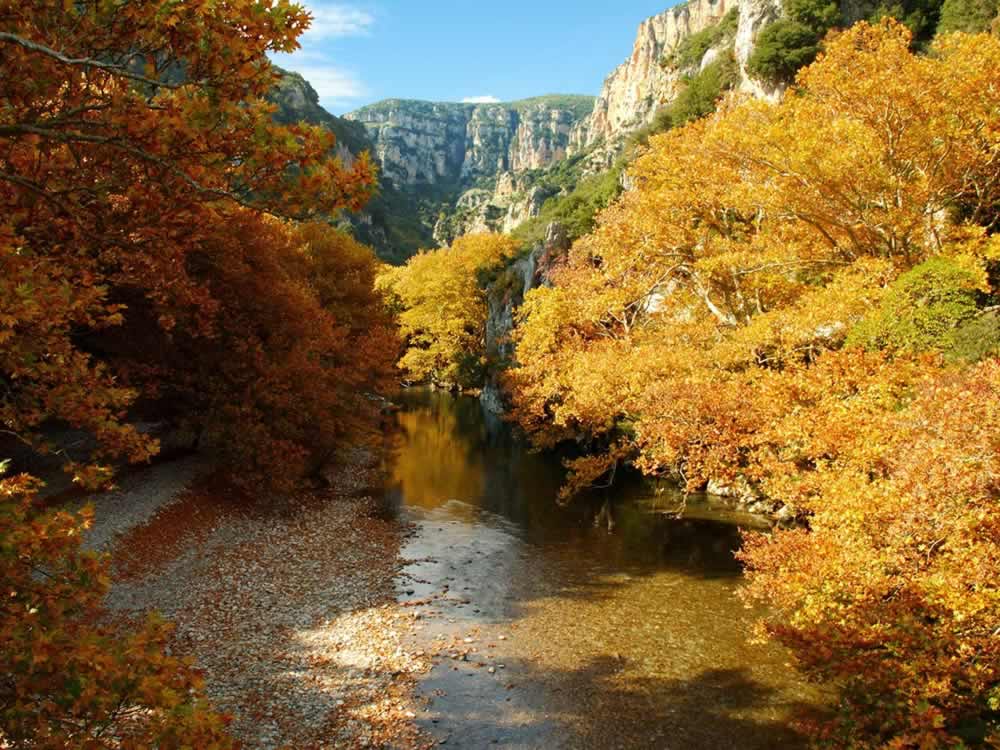 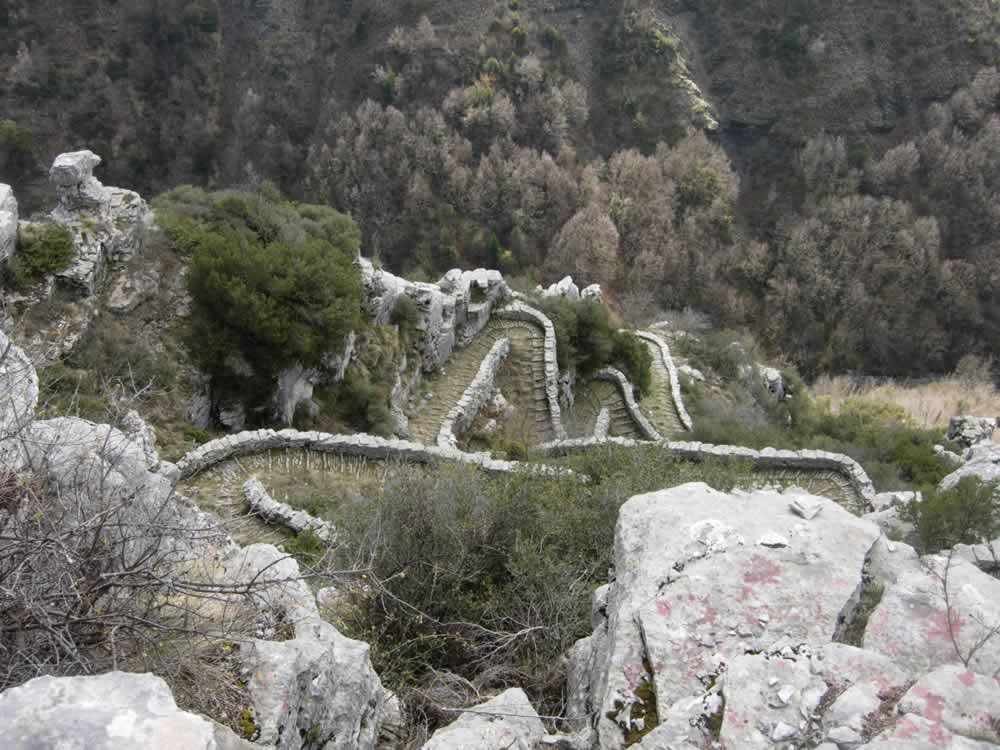